Born in the city of columbus ohio

& relocated to a rural town in East Tennessee at the age of eight; American Poet, Author, and Photographer, Kellie Elmore, is a self proclaimed southerner at heart and a writer who believes self-expression is most beautiful in its pure, raw and unedited form. Transforming the simplest words into something you can feel as she finds inspiration in photography, nature and in the humble surroundings of her “backyard” – Southeast Tennessee.

WordPress.com recognized miss Elmore in a Hot off the Press Interview…read it here.

Through her charming prose and engrossing narratives,

Kellie writes freely on many subjects both fiction and semi-autobiographical, penning her way through cherished and magical moments as well as tragic losses. Her goal is to take readers back, rekindle a memory or elicit a feeling in both her writing and photography. [Read what Kellie has to say about her “no rules” writing process, here.]

Kellie’s debut collection of poetry and prose, Magic in the Backyard (April 2012) was nominated for the esteemed Pushcart Prize in Literature, selected by Winter Goose Publishing Editor-in-Chief James Logan. Elmore’s second collection, Jagged Little Pieces, released on March 20, 2013. Her work has earned features in popular publications such as Southern Writers Magazine and Virtuosity Magazine. And the reviews have all been consistent, agreeing that Elmore’s works are a ‘must read’. Her third collection, Candy from Strangers, released December 2013 and was followed up by her first novella, Withering: August 2014. All of Ms. Elmore’s titles are published by Winter Goose Publishing (North Hampton, New Hampshire.)

Other notable highlights include: 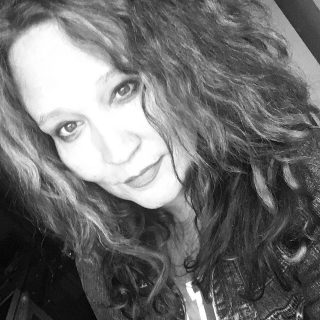 Kellie Elmore is an American Author and Creative Photographer from East Tennessee. When she isn't writing, you can find her behind her Nikon. This is her personal blog. Welcome!

Error: Twitter did not respond. Please wait a few minutes and refresh this page.